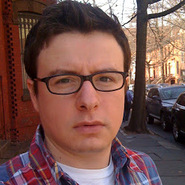 Harry Barandes is a native New Yorker and began his professional acting career as a child. He has appeared at Manhattan Theatre Club, The Public Theater, and on Broadway with the Steppenwolf Theatre Company.

In addition to leading his own scene study workshops on Chekhov, Harry has been an adjunct teacher of Shaw and Wilde at NYU's Graduate Acting Program, a guest instructor of Shakespeare for the NYU Graduate Acting Summer Program, and a scene study teacher at the Stella Adler Studio of Acting.

He has directed at the American Academy of Dramatic Arts (AADA) and is currently a guest director at the Stella Adler Studio.